Did you know your oral health can impact your overall health? We’ve compiled a list of 5 tidbits about your teeth and oral health.

Cheese has been found to promote dental health by helping prevent tooth decay. The calcium and phosphorus found in cheese help neutralizes acid in the mouth. Acid can create dental erosion, which can cause decay that may require filling. Cheese creates a protective film around teeth and helps remineralize the enamel.

Your smile can make a difference. Studies have found that 50% of people consider a smile the first facial feature they notice. One study found that 88% of us remember people with beautiful smiles whenever we meet new people. This means attractive smiles are key to being more noticeable and remembered.

Don’t forget to replace your toothbrush at least once every three months. You should get a new toothbrush after recovering from any sort of viral infection, flu, or cold. You are more likely to be re-infected if these bacteria implant themselves on the bristles.

In your lifetime, you only get two sets of teeth— baby teeth and permanent teeth. It is important to take proper care of your permanent teeth. Did you know that no two people have precisely the same set of teeth? Your teeth are as unique as a fingerprint. This is the reason teeth are used by investigators for identification. Your tongue also has a unique print, though it is not commonly recorded.

Floss is a lot more useful than you may think. If you skip out on your daily flossing, you can miss cleaning up to 40% of your tooth surfaces. Flossing can also help prevent gum disease by removing plaque near the gum line. Floss has other alternative creative uses. The next time you are looking for a fun holiday project, grab some dental floss and a handful of cereal to string for the tree. Floss works well for repairing a bead necklace too!

Bonus Fact: Health professionals are rated among the most trusted people in the U.S so make sure to call our dentist and make an appointment today!

Dentist in Richland County | The Truth Behind “Natural Whitening” Fads

It seems like there is a new headline nearly every week featuring someone who swears their teeth are whiter and brighter due to their natural home remedy for stain removal. These articles showcase the idea that whitening can be cheap and easy, if in some cases unpleasant. It can be tempting to consider trying for brighter, whiter teeth without investing time and money on in-office or at-home whitening under a dentist’s care. However, before you pin your hopes on one of these “natural whitening” methods, take a look at the truth behind some of the recent fads.

Oil pulling has been cropping up in headlines for months with claims of a wide variety of potential health benefits. It is a very old folk remedy in which a person swishes a tablespoon of edible oil, such as coconut, sunflower, olive, etc., in their mouth and between teeth for up to 20 minutes daily.

Despite the number of years this practice has existed and the number of health issues it purports to treat, there is no evidence that oil pulling whitens teeth or improves health.

Due to celebrity endorsement, some people have begun to try rubbing mashed strawberries on their teeth to try to achieve a whiter smile. Others are using lemon or orange peels, and still others tout the virtues of eating pineapple or swishing apple cider vinegar.

However, there is no science to support any of these claims. In fact, one recent study found that brushing with a mixture of baking soda (which is known to have whitening effects on teeth) and strawberries did not whiten teeth. Even worse, the citric acids found in all of these fruits and vinegars can actually be harmful to the enamel on your teeth.

Simply swishing from a bottle of hydrogen peroxide will have little or no effect on the whiteness of your teeth, but may cause irritation to your gums and mouth and can be dangerous if accidentally ingested. If you want whiter, brighter teeth, there are safe and effective ways to achieve your goal. Talk with our doctor for a recommendation for what kind of whitening will be best for your needs. For more information about whitening, contact our office.

We Are Here For You

(We are easy to find in Forest Acres at the corner of Harrison Rd. and Budon Ct., near the Zesto’s on Forest Drive.)

Providing Dental Care
For Many Communities Including:

See What Our Patients are Saying About Us 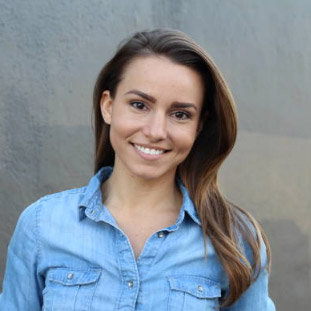 “My husband and I had our 1st appointment with Dr. Mikell today and we left there feeling like we absolutely made the right choice! She and her staff were professional, kind, competent, and very respectful to us. We feel like this was a fabulous start to a long and happy relationship!”